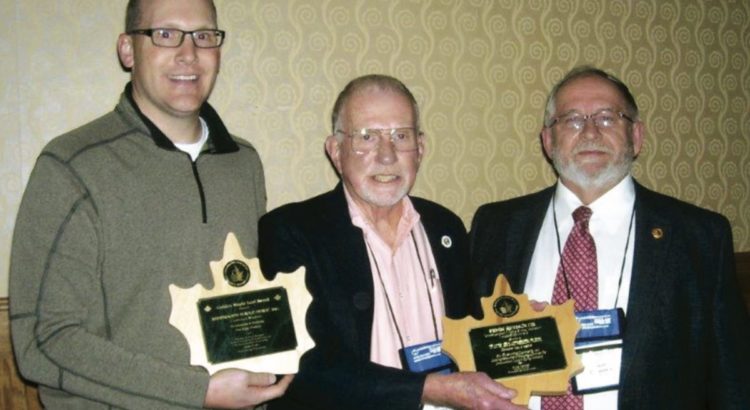 The purpose of the award is to “recognize outstanding achievement in supporting and advancing the maple syrup industry.” In recent years, the focus of Anderson’s marketing has been in motorsports racing and other sports marketing. This award recognizes the innovative way Anderson’s has promoted maple syrup through NASCAR and other unique venues.

The mission of the IMSI is to promote the use of pure maple syrup and protect the integrity of the product while encouraging cooperation among all persons or groups involved in any aspect of the maple industry. The IMSI’s executive committee reviewsall applications and selects the recipient of the award.

The purpose of the award is to “recognize outstanding achievement in supporting and advancing the maple syrup industry.” In recent years, the focus of Anderson’s marketing has been in motorsports racing and other sports marketing. This award recognizes the innovative way Anderson’s has promoted maple syrup through NASCAR and other unique venues.

Steve Anderson, President of Anderson’s Maple Syrup, Inc. is thrilled to be the recipient of this year’s Golden Maple Leaf Award. Anderson’s Maple Syrup strives to educate consumers on all aspects of the maple syrup industry from maple syrup production to the benefits of consuming pure maple syrup. The Anderson’s are also passionate about encouraging those interested in syrup making so that the legacy and art of this rustic tradition continues well into the future. 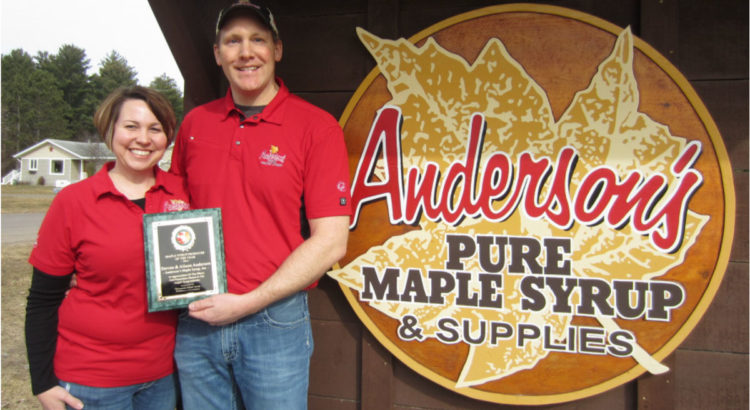 Steve and Alison Anderson were awarded the Wisconsin Maple Syrup Producers Association (WMSPA), Producer of the Year award in January at WMSPA’s annual winter institute in Wausau. The title is awarded each year to honor a producer for their efforts in and promotion of the maple syrup industry. The Anderson family has the distinction of being the only producers in Wisconsin to have three generations of syrup makers awarded the WMSPA Producer of the Year award. Paul Anderson was honored in 1981, Norman Anderson in 1993 and Steve and Alison Anderson in 2014.

The Wisconsin Maple Syrup Producers Association is dedicated to improving the ability of its members to produce and market the finest pure maple syrup in North America. The Producer of the Year recipient is chosen from a group of producers who are active in the WMSPA and freely give of their time and ideas to better the association. 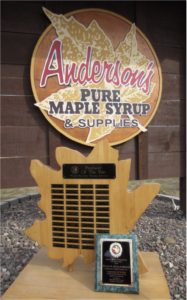 Anderson’s Maple Syrup, near Cumberland, Wisconsin, has been a family-run business since 1928. In 1928, Paul Anderson began tapping trees and making just enough maple syrup for his family and neighbors to enjoy. As Paul sold more syrup, he relied less on dairy farming for income and in 1957, he turned to syrup making and syrup equipment sales full time. Soon, Paul and his son Norman were running the business together.

The Anderson’s began selling syrup making equipment in 1954, when the family became a Leader Evaporator dealer. In the 1970s, the Andersons were at peak production, tapping almost 18,000 trees with buckets on various pieces of land across Wisconsin’s north woods. Norman ran at this capacity for about 10 years while he expanded the business and increased syrup and equipment sales. By 1980, the Andersons were selling far more syrup than they could produce themselves. Norman began purchasing syrup from other local producers who purchased syrup making equipment from him. Anderson’s still operates on this cooperative style of model.

Norman hired the company’s first full-time employee in 1974. Norman maintained important sales connections and continued to expand the family business until Steve eventually took over. Though Norman “retired” in 1995, he continues to be very involved with the day-to-day activities of the business. Norman still helps to package syrup and is often consulted when syrup producers come into the store and have questions regarding syrup making. In 2009, Norman Anderson was recognized for his many contributions to the maple syrup industry and was inducted into the American Maple Hall of Fame.

Today, Anderson’s modern warehouse sits just across the road from the sugar house where Paul made syrup. With fewer than 10 employees, Anderson’s is still a small, family-run business, but the company now has a national, even global, presence. Steve has increased syrup sales and taken the Anderson’s Maple Syrup label from a regional family staple to a national syrup brand. Anderson’s extensive syrup equipment business has also grown from its humble roots to become one of the largest syrup equipment supply centers in the mid-west. 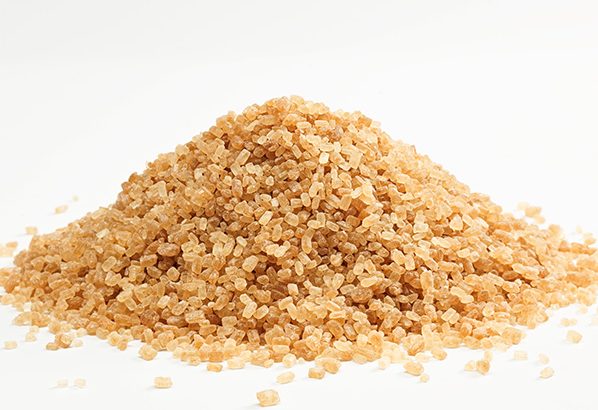 Maple sugar should be made with table grade pure maple syrups (light, medium or dark). The coarseness of the finished sugar may vary depending on the grade of syrup that is used.

To make maple sugar, boil pure maple syrup until it reaches a temperature between 34 and 38 degrees above the boiling point of water. Remember that the boiling point of water varies depending on the barometric pressure and will have to be calculated prior to boiling your syrup. Watch the temperature carefully, as it can rise very quickly and then your syrup may burn. If you smell smoke, remove your syrup from heat. At this point, if the syrup hasn’t already begun to burn, it will if you leave it over the heat any longer. When the syrup reaches the desired temperature, remove it from heat and stir. Stir until the syrup begins to crystallize and doesn’t foam up any longer. At this point, you can pour the syrup onto a flat pan. Keep stirring it and moving it around the pan while it cools. You will have granules and lumps of maple sugar. To remove the lumps, roll the sugar with a rolling pin and sift it through a screen. If your syrup hardens before you get it out of your cooking pan, you can add water, reheat and try again.

Store your sugar in a cool, dry place. 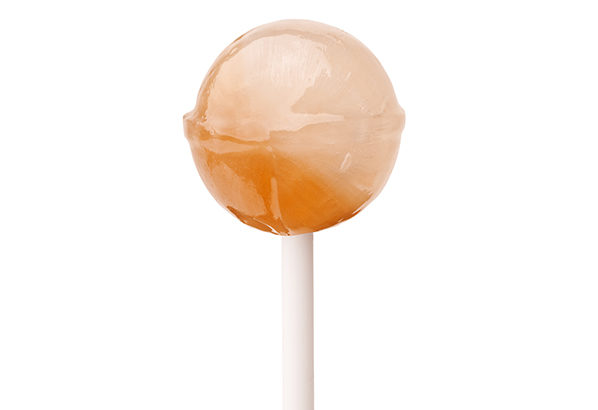 Note: White Corn Syrup can be used in place of Glucose

Use equal parts maple syrup, glucose and cane sugar. Stir together and heat to 295°F (146°C). Allow mix to cool and pour into molds. If the mixture is poured hotter than 250°F, the syrup will boil out of the molds.

* Sticks should be inserted before pouring
* U.S. Grade A Medium Amber or U.S. Grade A Dark syrup’s work best
* Molds must be made from materials that will withstand high temperatures
* After the lollipops cool to room temperature they are easily removed from the molds
* Wrap immediately to avoid lollipops becoming sticky, especially when the humidity is high 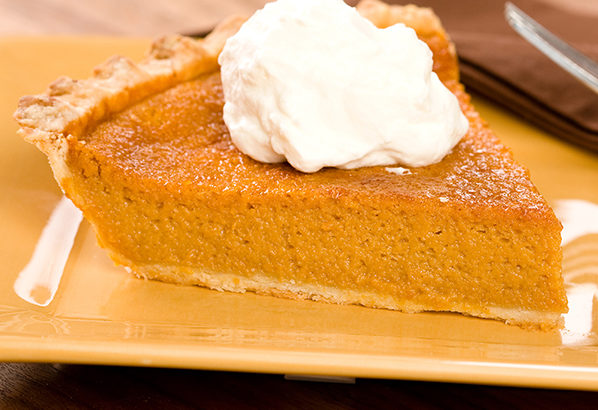 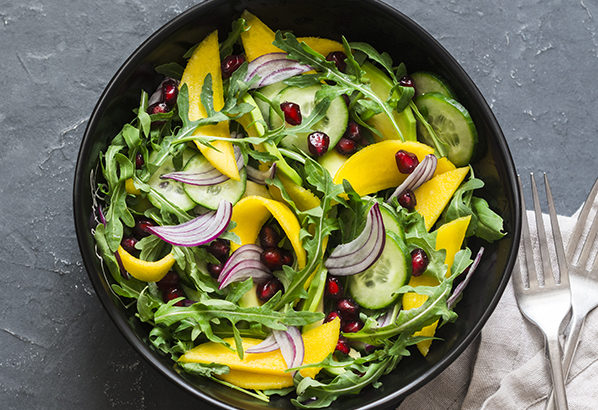 Combine the dressing ingredients. Cube the produce and toss with the dressing. Add the avocado last, as it is fragile. Gently combine. Serve immediately. 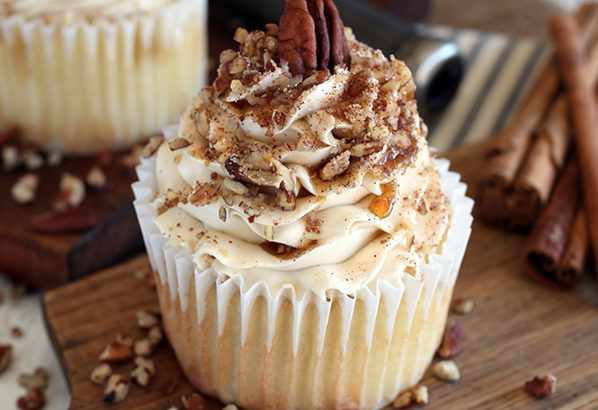 Combine all ingredients but vanilla in top of double boiler. Cook over boiling water, blending constantly with egg beater until mixture stands in peaks. Add vanilla and continue beating until thick enough to spread. 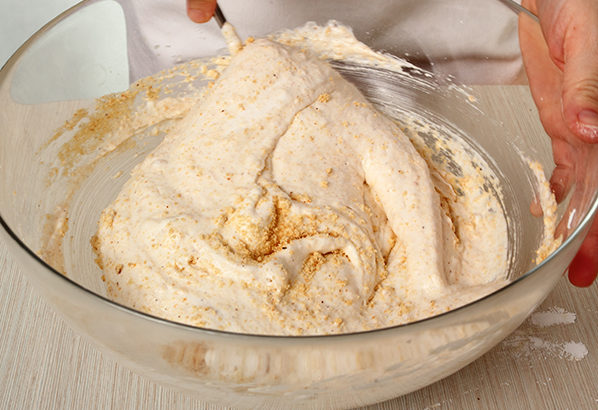 Beat cream and Pure Maple Syrup in a large bowl until stiff peaks form. Cut cake horizontally into 3 equal layers. Transfer 1 cake, cut side up, to platter. Spread 1 1/2 cups whipped cream mixture over the entire cake. Repeat layering with 1 cake layer and 1 1/2 cups whipped cream mixture. Top with remaining cake layer, cut side down. Spread remaining whipped cream over top and sides of cake. Sprinkle crystallized ginger atop the cake, around the edge. Garnish with orange peel strips. Cover with cake dome and chill at least 1 hour and up to 6 hours prior to serving. 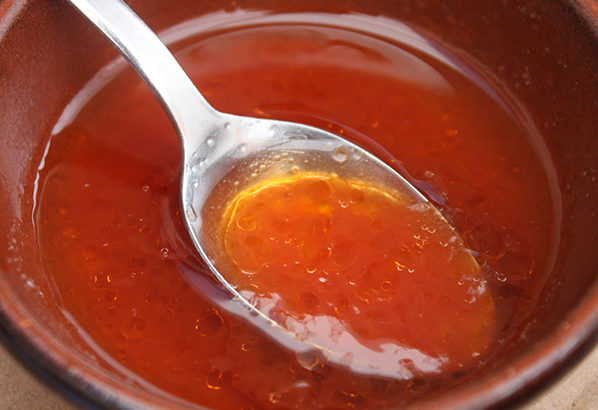 Cover and blend on high speed for 20 seconds. Makes 2 cups. 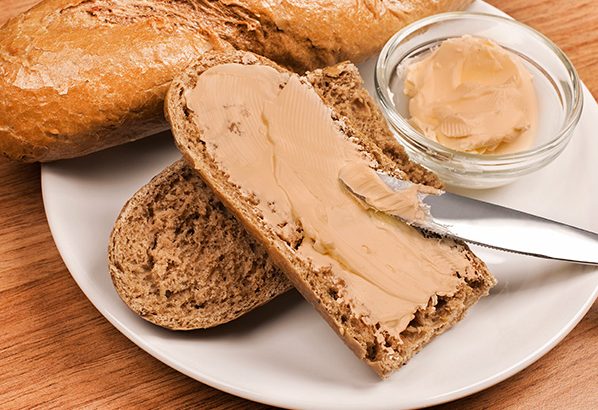 Maple cream can be made with light to medium grade pure maple syrup. Good cream will not have any granules.

To make maple cream, boil pure maple syrup until it reaches a temperature between 22 and 24 degrees above the boiling point of water. Remove the syrup from heat and cool it rapidly in the pan in a sink full of ice water. Cool the syrup to 75°F (23.9°C). Do not move or stir the syrup while you are cooling it. This can cause your finished cream to become grainy. Once the syrup has cooled it will be slightly firm to the touch. At this point, stir the cream slowly until it loses its glossiness and becomes opaque. When your cream is the consistency of smooth paste, you can transfer it to food grade containers for storage and use.

Store your cream in the refrigerator. If the cream separates between uses, stir it until it returns to its original texture.